With the Santos across France

They make a beautiful couple, Monique (71) and Will (68). Probably also the most sporty of the whole of Hombeek. In March last year they bought their electric Santos bikes from us (read also our previous blog), a present for her 70th birthday. With that, they go into the mountains twice a year. She’s uphill faster, he’s going to get her back downhill. So they’ve already got thousands of miles on their counter

Because cycling is their passion: their eyes shine when talking about their adventurous journeys. We can’t imagine better ambassadors. For our Santos bikes and for Cycling Jurgen. 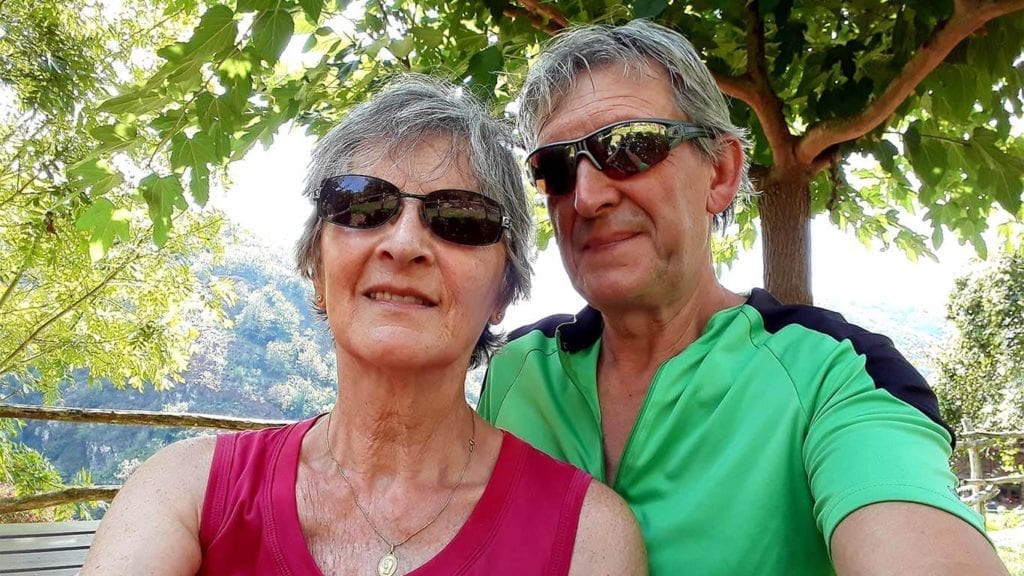 Will folds open a large road map of France, where every year they mark all their cycle routes and pitches in markers. Last year they moved from Charleville-Mézières (near Bouillon) to the Gorges du Tarn (in the Cévennes). Through the Camargue and so west to the Atlantic Coast, across the Spanish border.

Thirty stops in total, where they cycle on site loops of 70-80 kilometers. Will: “we stay there for a day or two-three, search the map for the interesting places in the region and go there by bike. This is how you really discover the beauty of every region.”

“You will experience what such a bike can handle. Roads full of pebbles, forest paths, gravel. With our Santos you can ride on all types of surface. We consciously choose the narrow adventurous thoroughfares. Always look for the most beautiful slopes, sometimes really spicy, and the winding wobbles. You might not expect it, but the French and even the Spanish make really nice cycling routes. On the coast there are even separate paths for cyclists and for walkers.” 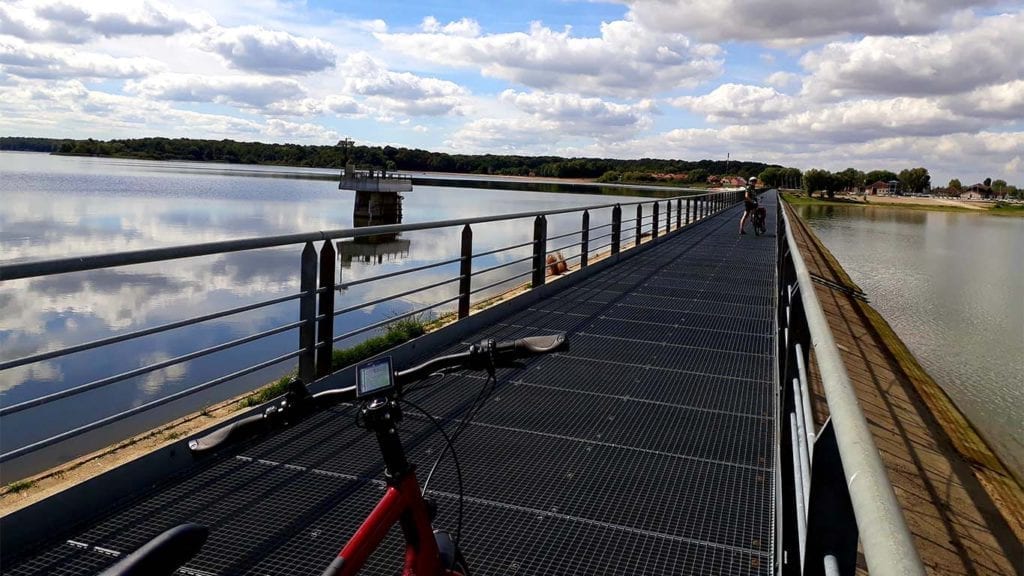 Meeting in the camper

Good preparation is half the work. So every night after dinner there is a meeting in the camper to plan the route for the next day. “This way we know exactly what is coming,” says Monique. “You know: in the morning it gets solid climbing, and then you come up and you’re a little tired. But in the afternoon you can go downhill again. At our age, we take that into account a lot. That also gives confidence. Preparation is everything.”

“It’s very different from organized cycling holidays, where you continue to cycle every day. Our camper gives us much more freedom, we choose everything ourselves. And day-to-day plans. Look at the environment, at the weather, at what we want.”

“It’s also budget-friendly. We prepare a budget in advance and determine how much we spend per day. We always go out of season, so that’s 13 to 15 euros, maximum of 19 euros, for a campsite. And then there are all those free places where you don’t have to pay for anything.”

Cycling Jurgen to the rescue

Sometimes things go wrong. That’s part of the cycling adventure. In Bruniquel, in the Mid-Pyrenees, Will broke down with his bike. Something was faltering about the drive, the battery wasn’t giving enough voltage. Pretty annoying because in France you don’t have Santos stores of course. Monique: “Will can also ride a solid bike without a battery, which he did for a while, but that’s not ideal. Especially since we’re looking up the slopes. And we had another month ahead of us. What were we supposed to do?”

Will decided to call Bike Jurgen. The right solution in such a case. “Jurgen asked a few questions to find out exactly where the problem was. He quickly established that this was a very specific technical problem in the battery itself. So he put us in touch with the right technician at Santos himself, in Amsterdam. It was able to make a precise diagnosis: some faltering battery cells. The battery had to be replaced.”

And then it went amazingly fast. They first looked for a campsite so they could provide a fixed address for the shipment. That was on Tuesday. On Wednesday Santos sent the new battery, on Friday it arrived already.

Monique: “We didn’t expect this so soon. We assumed that we would get it on Monday at the earliest and were already making plans to cover the weekend without a bike. But the service went super fast, we were able to continue our trip quickly. Very pretty. Thanks, Cycling Jurgen and Santos!” 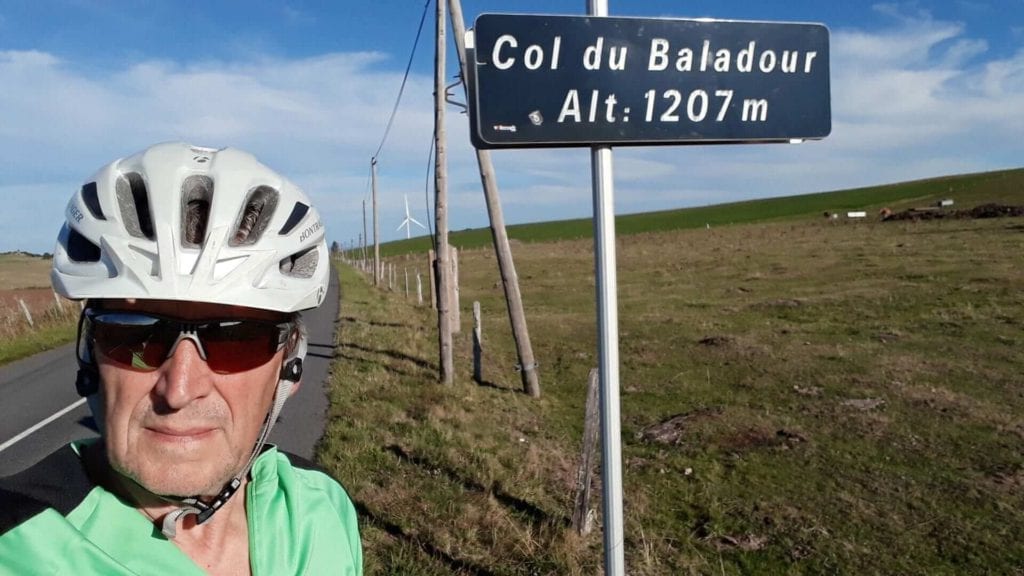 Striking: Will and Monique are full of praise for their Santos, yet you won’t find the letters on the frame. Willy: “we don’t like to walk around with big brands. Not on our clothes, not even on our bikes. But of course there is a license plate. Someone who recognizes that immediately sees: this is a Santos.”

Monique: “We are regularly stopped on a terrace and someone asks about our bikes. That’s how you get into an instant conversation. Actually funny: we don’t want to stand out but stand out more without a brand, because people ask about it so curiously.” 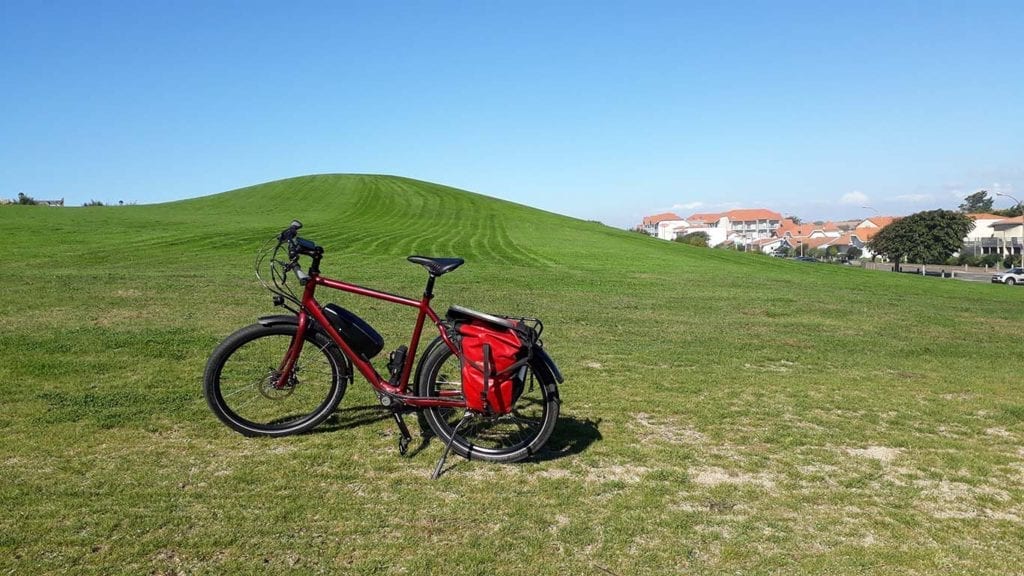 More conscious cycling with a Santos

Monique and Will have been making cycling trips since 2011, but with their electric Santos bikes, they are different. More aware, with more knowledge. Monique: “We used to go to Spain a lot. We hired e-bikes on-site to see how they react in the mountains. Because in Belgium everything may be pretty flat, but in the mountains, you need a completely different bike.”

“Especially the duration of the battery is important. With mine, I can ride 136 kilometers, flat. That’s pretty much it. In the mountains, of course, that’s different. That’s why we study our route in advance and calculate the slopes and descents. Downhill we can put on -1 and -2, then the battery recharges a bit. In the Pyrenees, you win about six to seven kilometers the Pyrenees. Interesting: it gives you the opportunity to expand your route a bit.”

Nowadays they make such a big bike trip twice a year. Last year they did the Jura in the spring, the Pyrenees in the autumn. In December, for example, there were easily about 6000 kilometers full of climbs and descents on the counter. Without it getting unhealthy.

“We used to cycle up the slopes with a regular bike. When I came up, it was always with a bright red head to explode. Now my head looks a bit healthier.” (laughs Will)

Of course, Monique and Will are already brooding on new cycling plans for this spring. There is still so much to discover in southern Europe. With so much experience – and with the reassuring thought that Cycling Jurgen is always close should something go wrong – they are looking forward to their next trip.

Lots of fun, Monique and Will. Be sure to send us a card! 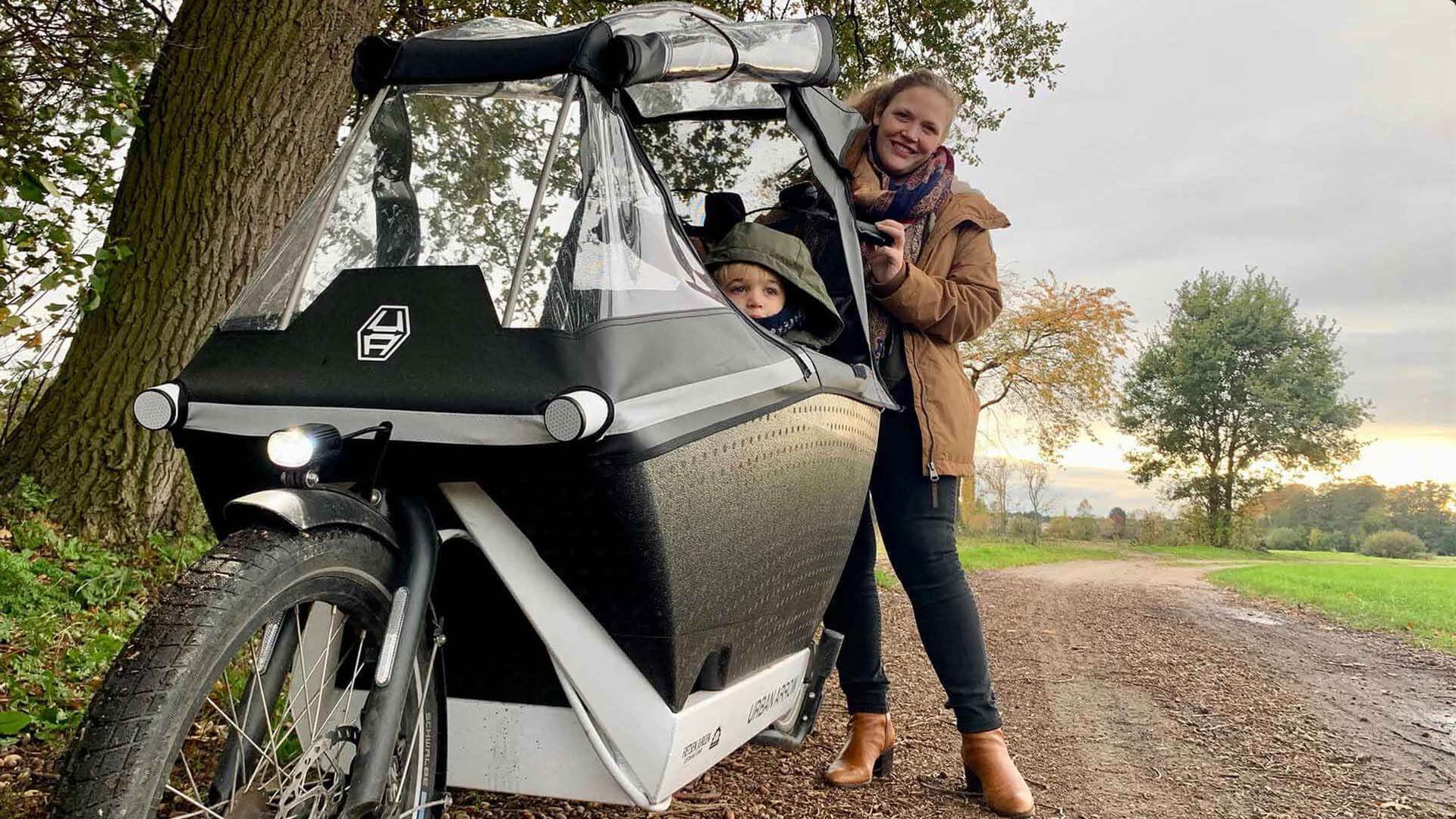 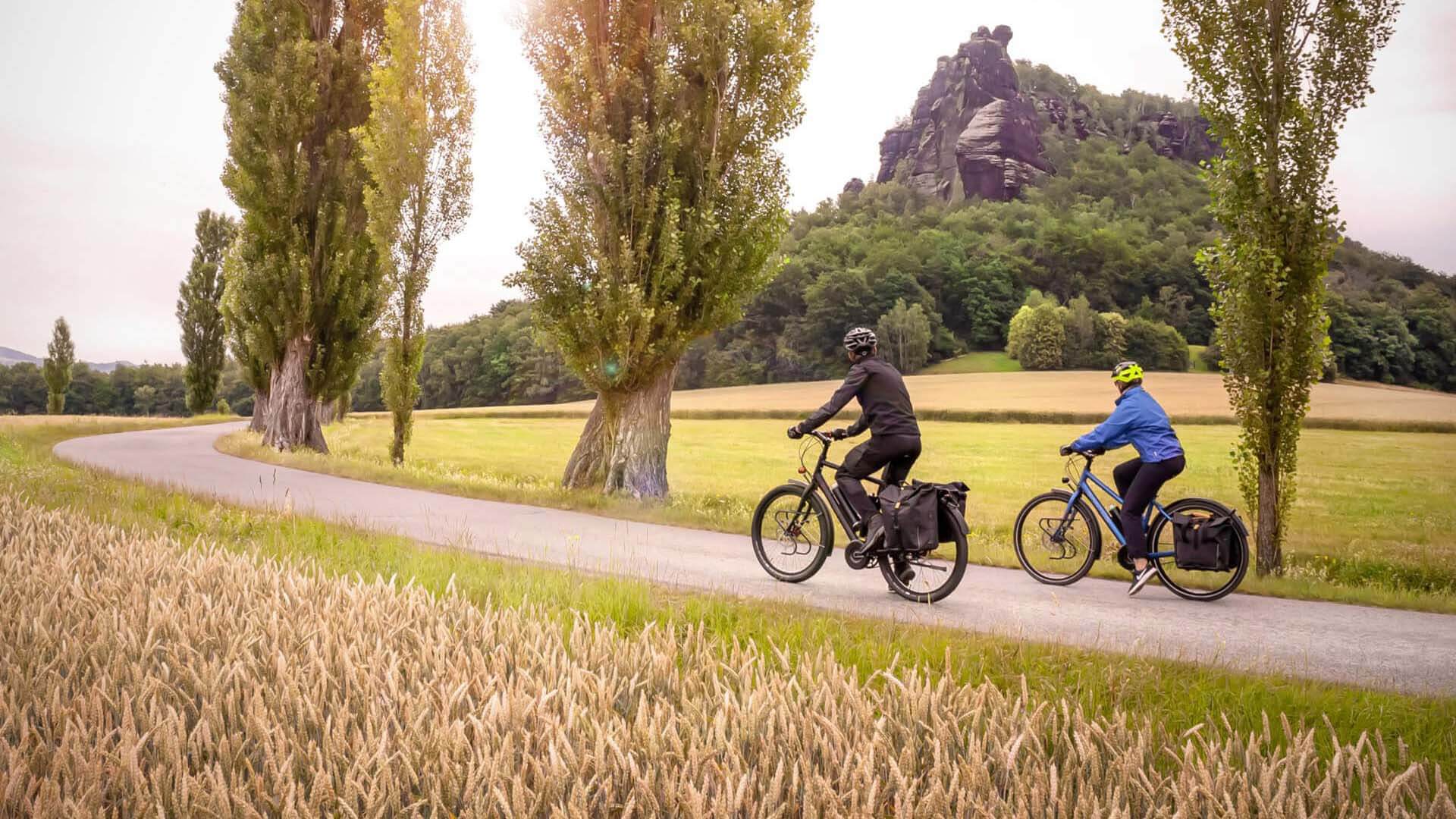 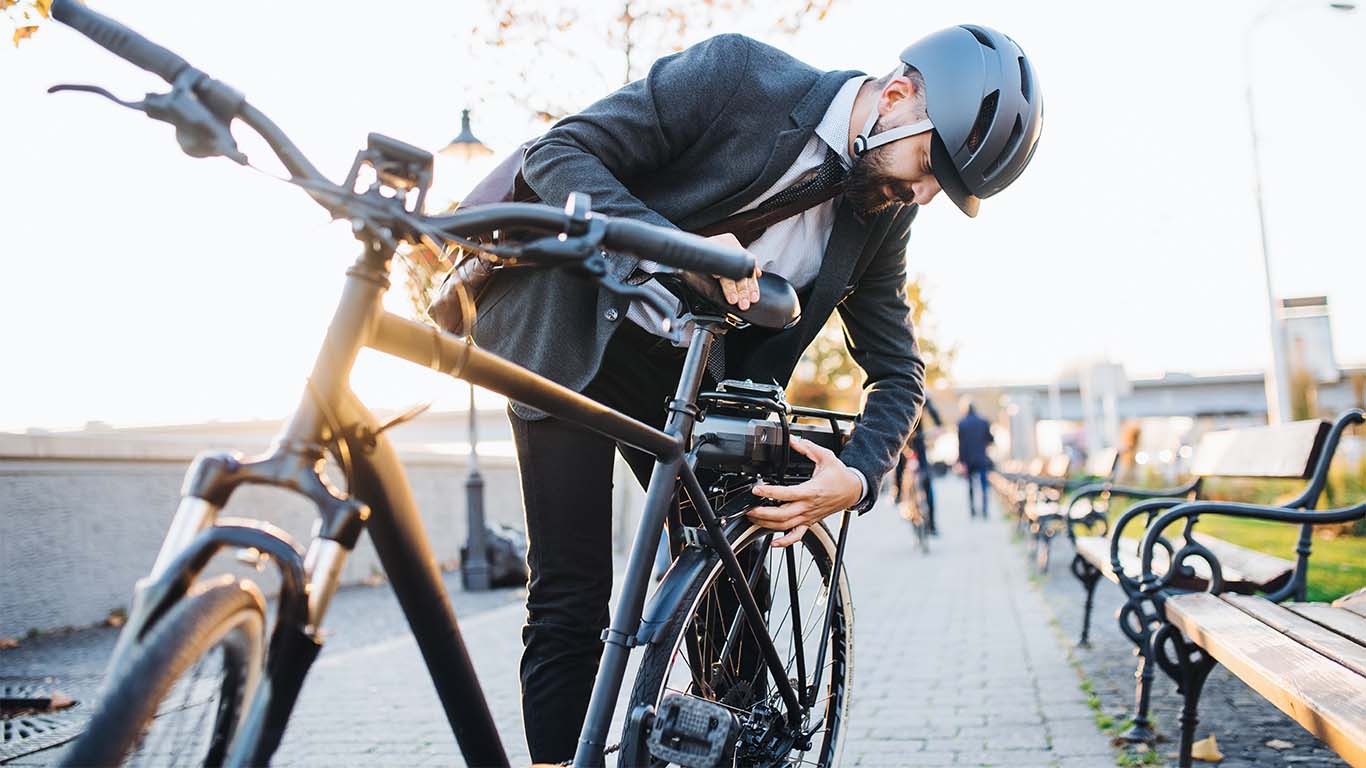 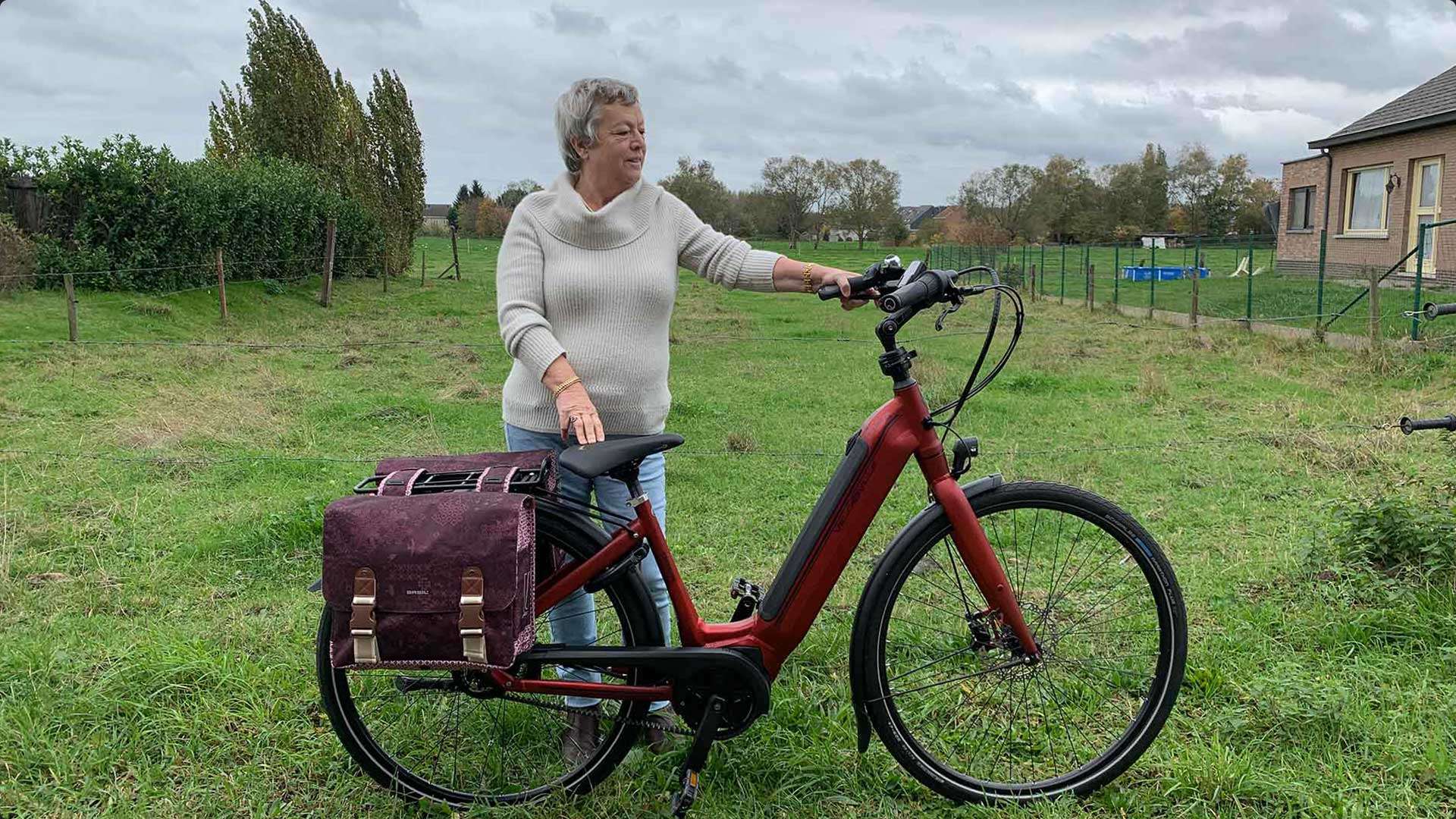 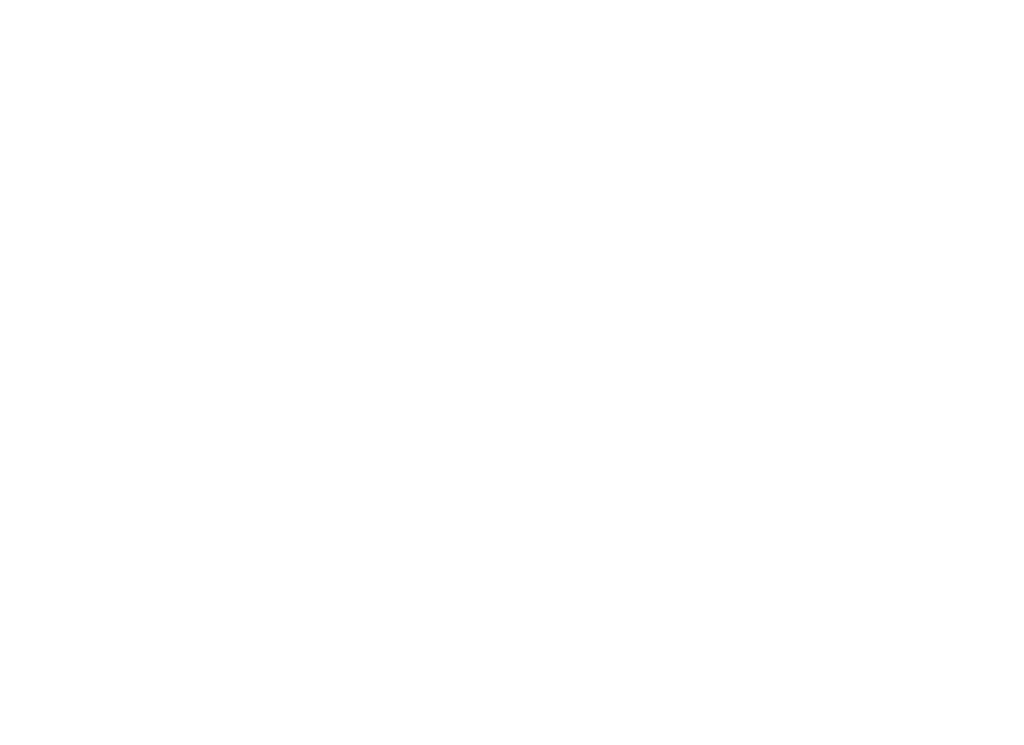 By clicking "Accept All", you agree to the use of ALL cookies. You can use the checkboxes to adjust your preferences.